Want to Work With Us?

Want to Buy Something? 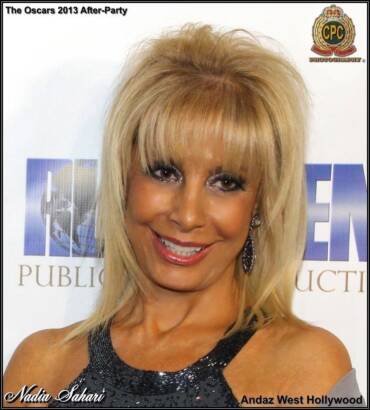 Nadia Sahari is of Lebanese, Italian and French descent. She was born in Beirut, Lebanon, and raised in a Detroit suburb of Michigan. Her dream was always to be an actress. Her life as a teen and young adult was dancing and listening to music, which she still loves to do. Living in two very different cultures created many obstacles and hardships. Nadia overcame them and kept moving forward to live her life the way she always imagined it. She is a published author of three books, and her memoir, Breakaway, is being considered for a movie. She has appeared in three episodes of Friday Night Lights, the film Bandslam with Vanessa Hudgens, Lisa Kudrow, and Alyson Michalka. The movie, Corruption.Gov with Lee Majors, Michael Madsen, Francesco Quinn, as well as several commercials, & independent films. Nadia Sahari is an Actress, Author, Host, and Producer.